The Capital Conference consistently features an outstanding lineup of keynote speakers that will inspire, inform and enlighten attendees. Keynote speakers are featured at both General Sessions during the conference as well as the Monday town hall.

Kai Kight used to be the most traditional classical musician. But following his mother’s cancer diagnosis, he was inspired to start composing his own music.

Since then, Kight has been using his music as a metaphor to inspire individuals and organizations across the world while sharing stories from his own transformation as an artist. Kight translates these insights into takeaways that audiences can easily infuse into their own lives and work environments. As a musician, Kight has performed his original music for thousands in venues across the world, from the White House to the Great Wall of China.

A product of Stanford University’s design and engineering program, the d. School, Kight remains fascinated by the leaders, artists and companies who dare to be different. His violin performance beautifully becomes a sonic metaphor for the core of his message: to inspire people to compose unique ideas in a world that celebrates conformity.

Kate Fagan’s New York Times bestseller, “What Made Maddy Run,” is a heartbreaking story of a college athlete, Madison Holleran, whose life and death by suicide reveal the struggle of young people suffering from mental illness. The book spent a month as the No. 1 New York Times’ bestseller on the sports list. Her writing has won numerous awards, including being selected for The Best American Sports Writing.

Fagan spent seven years as a columnist and feature writer for ESPN.com and ESPN The Magazine and as on-air talent for ESPN. She hosted “Outside the Lines” and “E:60” and made 150 appearances on ESPN’s “Around the Horn,” serving as the show’s first female host in 2017. While at ESPN, Fagan was a founding member of the first all-female national sports radio show, “The Trifecta.”

She also is the author of the coming-of-age memoir, “The Reappearing Act,” about her experience coming out while playing basketball at the University of Colorado. 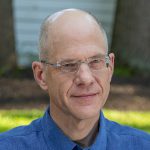 A longtime expert in the area of election law, Foley offers his insight on this year’s elections and recently signed with NBC to serve as an election analyst. He has special knowledge on disputed elections and has recently published a book about the history of the Electoral College.

Foley, a graduate of Columbia University School of Law, will reflect on this year’s elections and the electoral process, including potential future reforms.

Foley has taught at Ohio State since 1991. In 1999, he took a leave from the faculty to serve as the state solicitor in the Ohio Attorney General’s Office. In that capacity, he was responsible for the state’s appellate and constitutional cases.

© 2020 Ohio School Boards Association. All rights reserved.
OSBA leads the way to educational excellence by serving Ohio’s public school board members and the diverse districts they represent through superior service, unwavering advocacy and creative solutions.
Back to Top